The Waffen SS holds an enduring fascination for students of WWII, and this new Concord volume caters to this interest. In particular, the book focuses on the Waffen SS fighting on the Eastern Front. William Fowler is a new author to Concord, and he has done a superb job of collating relevant photos and providing informative captions.

The volume begins with a description of the role played by this elite fighting formation commanded by Heinrich Himmler. After the initial giddy successes subsequent to the 1941 invasion of Russia, the Wehrmacht and Waffen SS both eventually ran out of steam at the very gates of Moscow. The SS had grown from a force of 141,975 fighting men in September 1942 to 280,000 soldiers a year later. This statistic illustrates the importance attached to the formation, and how resources for it were prioritized. New divisions with names like 'Nordland' and 'Wiking' were established, joining others like 'Totenkopf' and 'Das Reich'. However, the ability of the Waffen SS to extinguish hotspots could only delay Germany's inevitable defeat. This book, through the extensive collection of photos, traces the exploits of these elite soldiers in all areas of the Russian frontline and in all kinds of weather conditions. The black and white pictures show all manner of equipment and weapons in use. 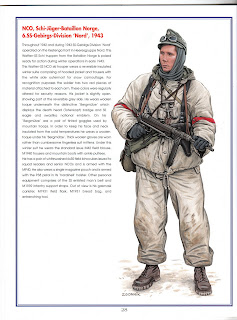 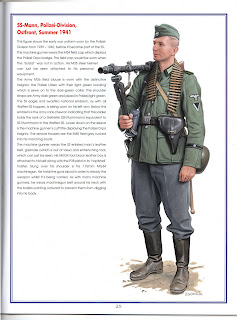 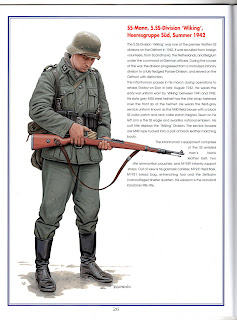 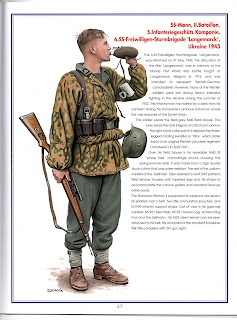 Email ThisBlogThis!Share to TwitterShare to FacebookShare to Pinterest
EPOCH: WWII

Perfect as usual, I really like it but I have one note. I think Polizei-Division became a part of Waffen SS in early 1942 so in summer 1941 he could not marked as SS-man.

Hello Dmytro,
it is always a pleasure to see your work.
Günther

to Anonymous:
Yes, perhaps you're right